As Valentine’s Day draws nearer, people all over the world will be looking for a perfect gift for their loved one. Perhaps this gift may be one of the many crystals whose metaphysical properties enable love to blossom. For 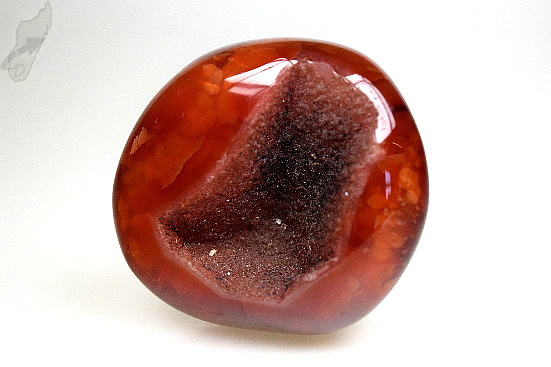 instance, red crystals are particularly associated with passionate romance and fiery love; for this reason, rubies, one of the four precious gemstones (alongside diamonds), are highly symbolic of love. Similarly, carnelian gems are famous for their flame-like hues, which are caused by iron oxide impurities within the crystal structure: consequently, this vibrant carnelian is reputed to elevate passionate emotions, such as love. Blood-red garnet gems are likewise used to enhance love and passion.  Pink crystals are also capable of attracting and healing love. Owing to their softer colour however, pink gems are associated with calmer romances, placing greater emphasis on the key traits of care and affection. They are very useful when venturing into new relationships; a 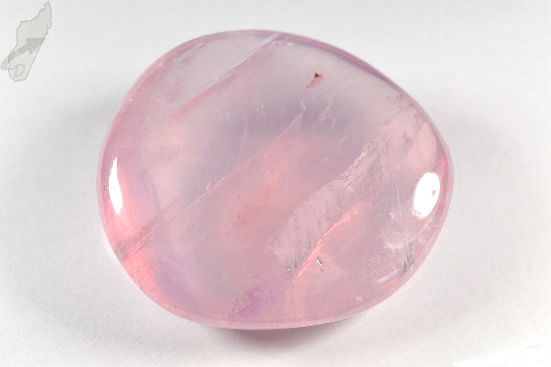 great example of such a crystal is rose quartz. Rose quartz is often referred to as a ‘love stone’ due to its ability to bring unconditional love to its owner, whether this be through family, friends, or romance. It can also be used as a healing stone for rocky romances and bad breakups. Historically, there is some evidence showing that over a thousand years ago, in 600 B.C, rose quartz was possibly used as a way of conveying love for another person. Rhodochrosite, another gem that comes in gorgeous pink tones, promotes loving yourself; perhaps an even more important tool than loving other people.

The history of Valentine’s Day has forever shaped the public perception of love. Valentine’s Day occurs on the 14TH February of every year, and is named after Saint Valentine, a Roman saint who was also known by the Latin name Valentinus, and probably lived during the 3rd century A.D. There are many varying legends about the life of Saint Valentine, but some of the more famous 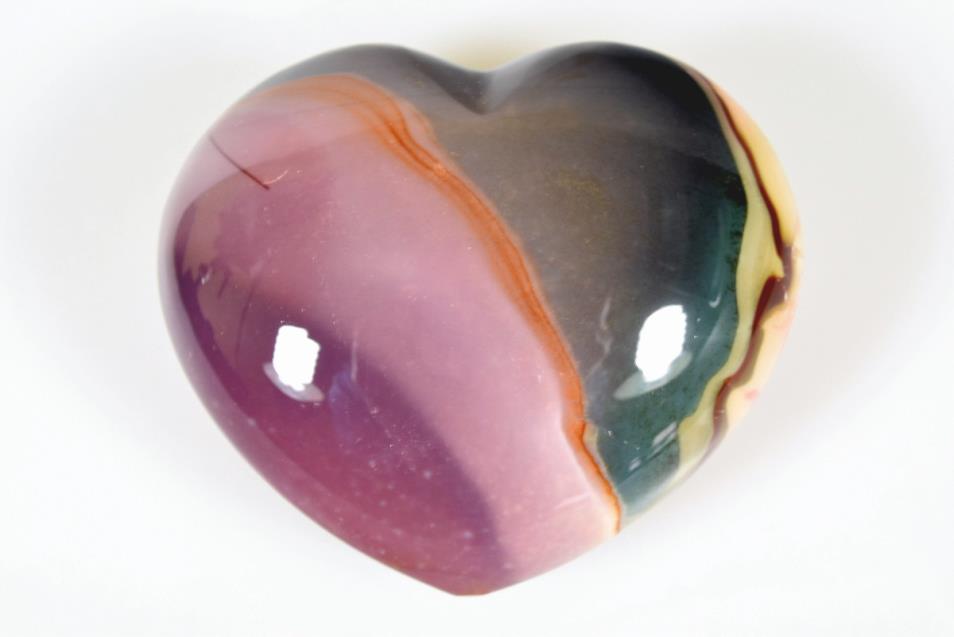 stories revolve around the idea that he attempted to convert the pagan Roman Emperor Claudius II to Christianity, and was consequently executed. As a martyr, and a miracle worker who reportedly had the power to return sight to the blind, he was venerated as a saint. Another legend broadens this idea further; whilst imprisoned, Valentine wrote a letter to the girl whose blindness he healed, signing his message with ‘Your Valentine’; hence writing the first Valentine’s card.  Other traditions are also based on these legends; Saint Valentine is said to have made paper hearts and given these to the persecuted Roman Christians as a token of God’s love. Centuries later, the heart shape is an emblem of love. He supposedly wore an amethyst ring which was emblazoned with the symbolic image of a cupid, and displayed this 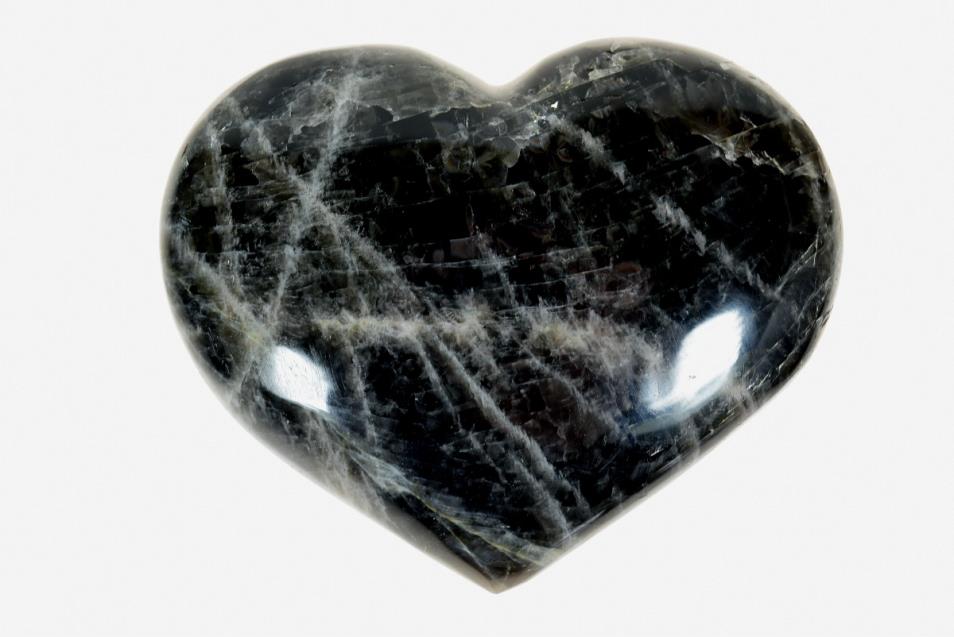 crystal to attract lovers who were searching for someone to perform a Christian marriage ceremony for them.  Very little is known about St Valentine historically, for these legends are unreliable. However they have greatly influenced the enduring popularity of Valentine’s Day as a celebration of love and devotion.  When poet Geoffrey Chaucer penned the poem ‘Parlement of Foules’ in 1382, he was the first person to connect St Valentine with rejoice of romance.  Years later, all these traditions would converge into the modern Valentine’s Day we now celebrate: at Madagascan Direct, we sell purple amethyst like the type St Valentine wore in old legends, and we also sell heart-shaped varieties of many different crystals.

Diamonds have also been associated with loving relationships for a long time. As the official gemstone for the 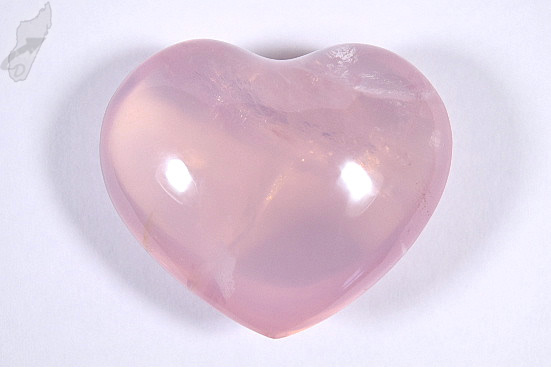 60th wedding anniversary, this sparkling, precious gemstone is indicative of ever-lasting love, a love as strong as the covalent bonds that hold the incredibly hard structure together. In addition to being commemorative of weddings, diamonds promote bonding and commitment within relationships.  The De Beers Company is a front-runner of the diamond industry, dominating the market of mining and trading diamonds.

At Madagascan Direct, we sell a variety of gems which are perfect as gifts on Valentine’s Day. Many of our crystals are carved into heart 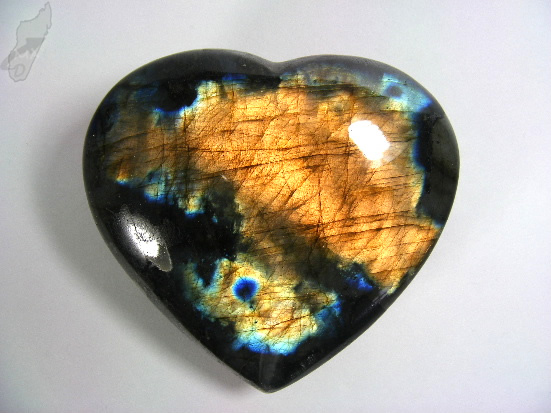 shapes; for example rose quartz, carnelian and polychrome jasper. Our fossil wood hearts are 248 million years old, and date back to the Triassic era in Madagascar. Their deep red colour, symbolic of passionate love like carnelian’s colour, is caused by jasper inside the wood.  We also sell iridescent labradorite hearts which shimmer beautifully in the light, and if you’d prefer to own an edgier piece, we have jet black moonstone and smoky quartz hearts available for your purchase. Finally, you may also be interested in transparent clear quartz and optical calcite. We hope that you enjoy perusing our catalogue if you wish to, and in any case, please have a wonderful Valentine’s Day.