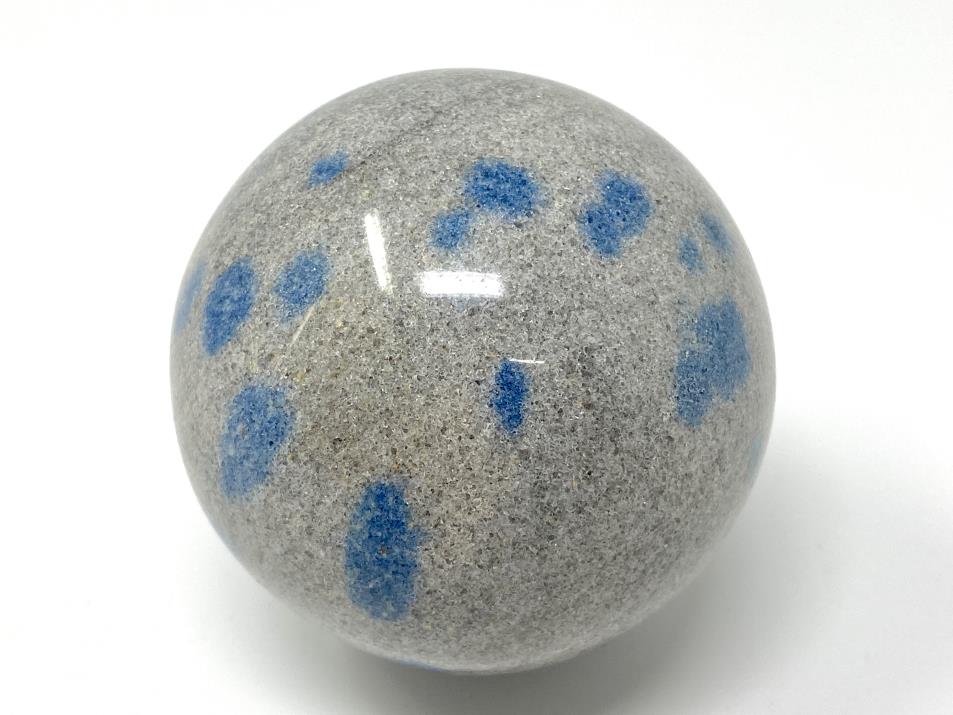 Rare and unique, K2 Stone is a relatively new discovery which is only found in one place on Earth: in the rugged wilderness at the base of K2 Mountain in Pakistan, the second highest mountain in the world.

What Is K2 Stone Made Of?

Geologists are still pinpointing what exactly K2 Stone is composed of, given how unusual it is.

The white-grey matrix of the stone is thought to be granite (comprised of many feldspar minerals including fine grains of plagioclase, Quartz, biotite, and muscovite).

However, it is harder to identify the mineral composition of the vibrant blue spots and speckles characteristic of K2 Stone. 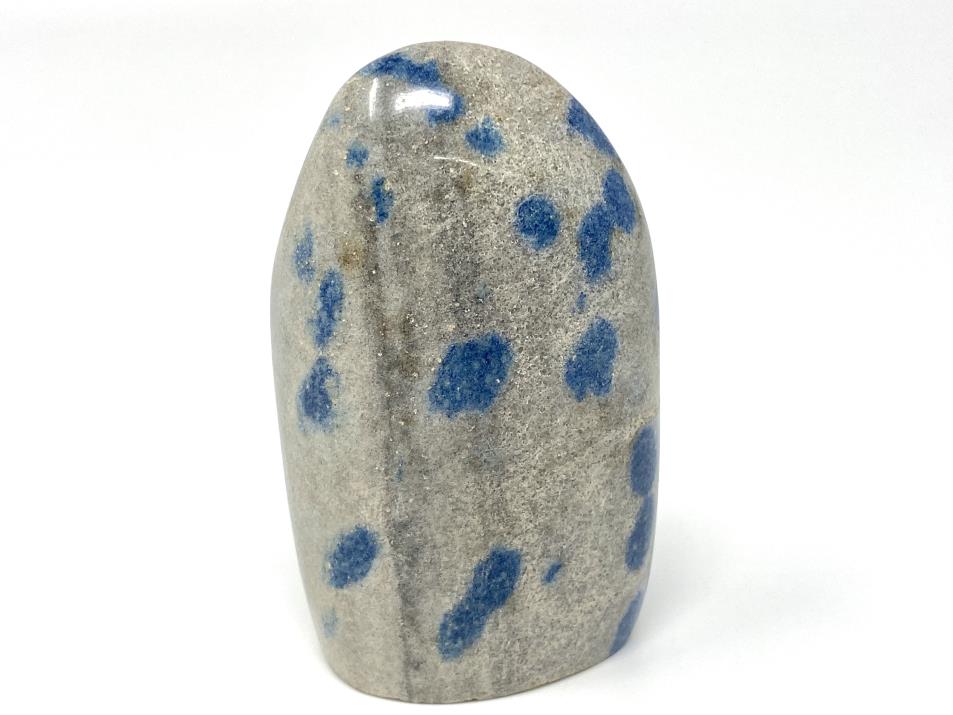 The general consensus seems to be that these distinctive azure blue spots are made of the mineral Azurite, hence why this stone is sometimes called Raindrop Azurite.

This mineral composition makes K2 Stone incredibly rare: it is almost unprecedented in the geology world to see White Granite and Azurite together in a stone.

How Did K2 Stone Form?

It is likely that many years ago, there was once a copper-rich layer of rock composed of copper minerals such as Azurite and Malachite covering an underlying layer of granite in the foothills of K2.

Over many years of erosion and weathering, the copper-rich rock was worn away, leaving only stains of blue Azurite and hints of green Malachite on the underlying feldspar-rich granite, forming K2 Stone. 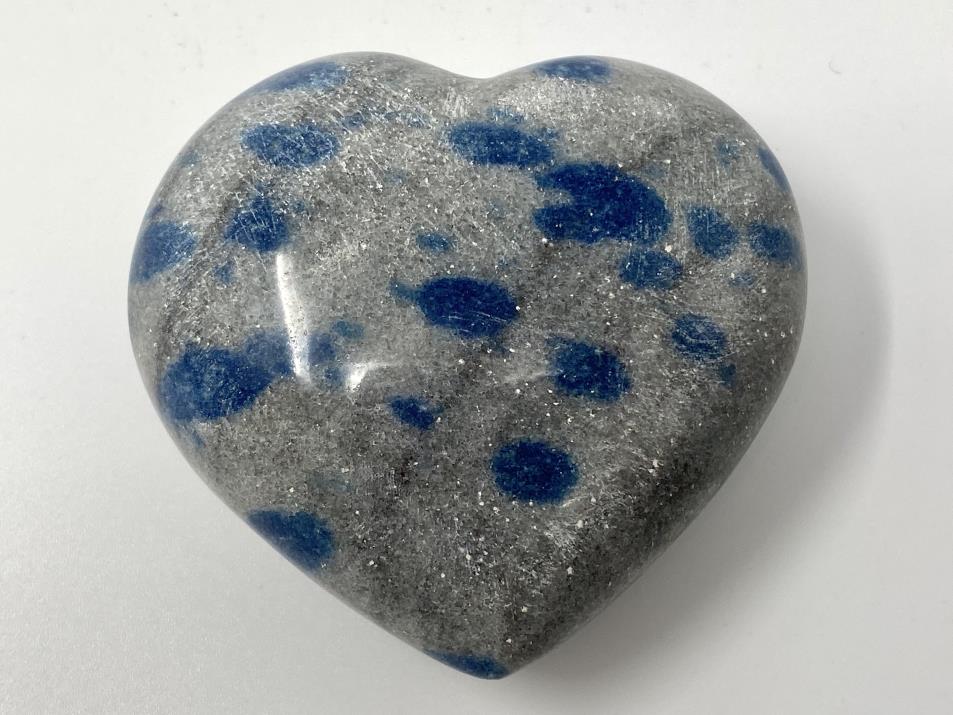 As K2 Stone is a combination stone/ rock comprised of many minerals, it is believed by crystal healers to have many different healing and metaphysical properties.

Popular in meditation, K2 Stone is thought to help its user to elevate their consciousness and discover new things about themselves and the world around them.

Due to its Granite matrix, K2 Stone works well with the Root Chakra, lending it a highly grounding energy which is perfect for use in people in need of a sense of safety, security, and grounding.

The blue ink-spots of Azurite within K2 Stone mean that K2 Stone is perfect for use with the Third Eye Chakra: enhancing awareness, insight, and inner peace and clarity.

K2 Stone can therefore be used both for coming back to Earth with the Root Chakra, as well as ascending to higher planes of awareness with the Third Eye Chakra. 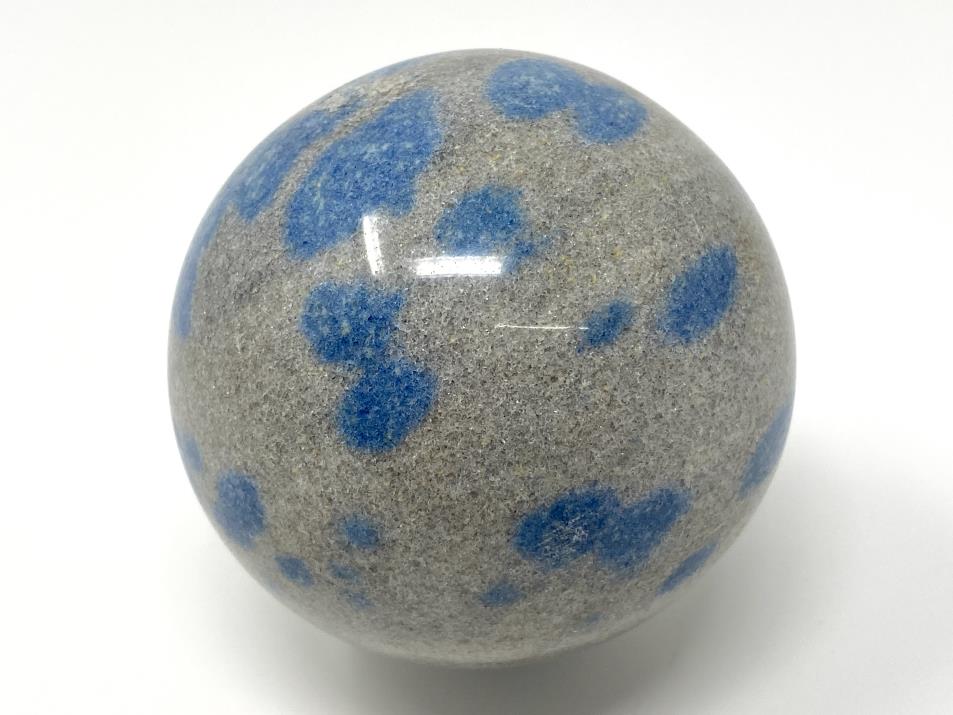 How Hard Is K2 Stone?

Due to its high Feldspar content, K2 Stone is a relatively hard stone measuring at about 6 on the Mohs scale.

It would be wise, however, to still handle the stone carefully to avoid any damage.

This one-of-a-kind stone is a wonder to behold, and incredibly rare and unique given its unusual mineral composition and the difficulty in sourcing it from an area as remote as K2 Mountain.